May 7, 2018 By Pete Warden in Uncategorized 5 Comments 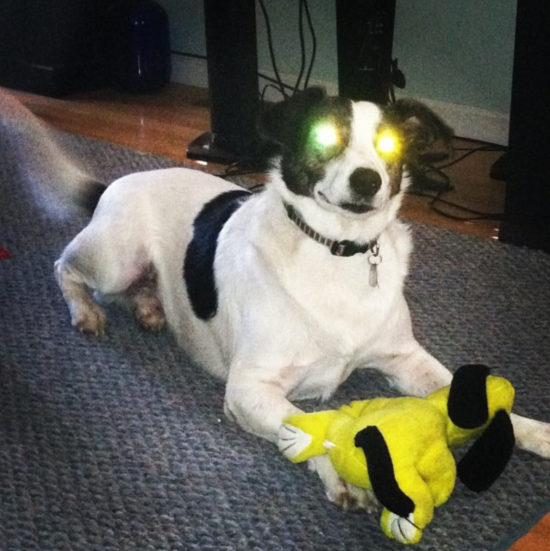 When I talk to people about what’s happening in deep learning, I often find it hard to get across why I’m so excited. If you look at a lot of the examples in isolation, they just seem like incremental progress over existing features, like better search for photos or smarter email auto-replies. Those are great of course, but what strikes me when I look ahead is how the new capabilities build on each other as they’re combined together. I believe that they will totally change the way we interact with technology, moving from the push-button model we’ve had since the industrial revolution to something that’s more like a collaboration with our tools. It’s not a perfect analogy, but the most useful parallel I can think of is how our relationship with pets differs from our interactions with machines.

To make what I’m saying more concrete, imagine a completely made-up device for helping around the house (I have no idea if anyone’s building something like this, so don’t take it as any kind of prediction, but I’d love one if anybody does get round to it!). It’s a small indoors drone that assists with the housework, with cleaning attachments and a grabbing arm. I’ve used some advanced rendering technology to visualize a mockup below: 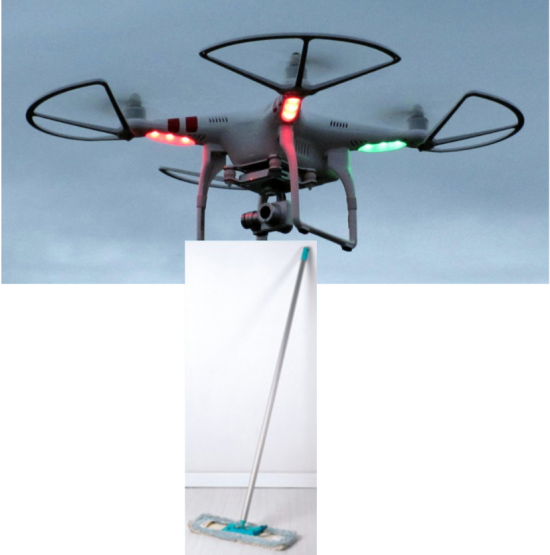 Ignoring all the other questions this raises (why can’t I pick up my own socks?), here are some of the behaviors I’d want from something like this:

Here are the best approaches I can think of to meet those requirements without using deep learning:

These limitations are part of the reason nothing like this has been released. Now, let’s look at how these challenges can be met with current deep learning technology:

The most important part about all these capabilities is that for the first time they are starting to work reliably enough to be useful, but there will still be plenty of mistakes. For this application we’re actually asking the device to understand a lot about us and the world around it, and make decisions on its own. I believe we’re at a point where that’s now possible, but their fallibility deeply changes how we’ll need to interact with products. We’ll benefit as devices become more autonomous, but it also means we’ll need to tolerate more mistakes and find ways to give feedback so they can learn smarter behaviors over time.

This is why the only analogy that I can think of to what’s coming is our pets. They don’t always do what we want, but (sometimes) they learn and even when they don’t they bring so much that we’re happy to have them in our lives. This is very different from our relationship with machines. There we’re always deciding what needs to happen based on our own observations of the world, and then instructing our tools to do exactly as we order. Any deviation from the behavior we specify is usually a serious bug, but there’s no easy way to teach changes, we usually have to build a whole new version. They will also carry out any order, no matter how little sense it might make. Everything from a Spinning Jenny to a desktop GUI relies on the same implicit command and control division of labor between people and tools.

Ever since we started building complex machines this is how our world has worked, but the advances in deep learning are going to take us in a different direction. Of course, tools that are more like agents aren’t a new idea, and there have been some notable failures in the past. 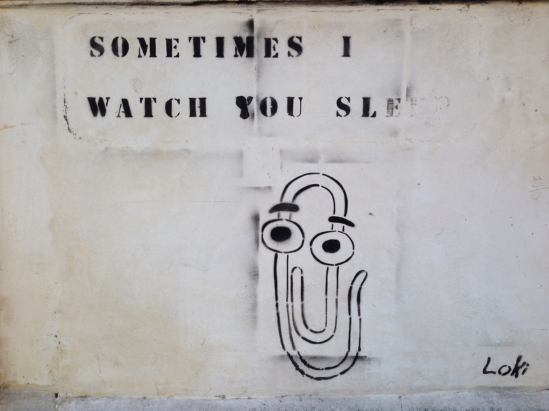 So what’s different? I believe machine learning is now able to do a much better job of understanding user behavior and the surrounding world, and so we won’t be in the uncanny valley that Clippy was stuck in, aggressively misunderstanding people’s intent and then never learning from their evident frustration. He’s a good reminder of the dangers that lurk along the path of autonomy though. To help think about how future interfaces will be developing, here are a few key areas I see them differing in from the current state of the art.

The world is messy, and so any device that’s trying to make sense of it will need to interpret unclear data and make the best decisions it can. There still need to be hard limits around anything to do with safety, but deep learning products will need to be designed with inevitable mistakes in mind. The cost of any mistakes will have to be much less than the value of the benefits they bring, but part of that cost can be mitigated by design, so that it’s easy to cancel actions or there’s more of a pause and request for confirmation when there’s uncertainty.

One of the hardest problems when you work with complex deep learning models is how to run a quality assurance process, and it only gets tougher once systems can learn after they’re deployed. There’s no substitute for real-world testing, but the whole process of evaluating products will need to be revamped to cope with more flexible and unpredictable responses. Tay is another cautionary tale for what can go wrong with uncontrolled learning.

Traditional tools wait to be told what to do by their owner, and don’t have any concept of common sense. Even if the house is burning down around it, your television won’t try to wake you up. Future products will have a much richer sense of what’s happening in the world around them, and will be expected to respond in sensible ways to all sorts of situations outside of their main function. This is vital for smart devices to become truly useful but vastly expands the “surface” of their interfaces, making designs based around flow charts impossible.

I definitely don’t have all the answers for how we’ll deal with this new breed of interfaces, but I do know that we need some new ways of thinking about them. Personally I’d much rather spend time with pets than machines, so I hope that I am right about where we’re headed!