May 29, 2009 By Pete Warden in Uncategorized Leave a comment

Matt Van Horn from Digg gave a talk I wasn't expecting last night; the practical side of networking. The whole mission of Mailana is "You guys should talk", I love it when I can connect two people who can help each other. To make that happen, you have to be able to build bridges with strangers; Matt revealed his personal toolkit for reaching the right people.

Matt started off with the LOLCAT picture because if you're not used to networking it can feel creepy and exploitative. What I've realized, and Matt emphasized, is that you need to approach it as a way of helping other people, not just be a taker. It's a long-term project, not something you desperately turn to at the last minute when you need a job.

Having said that, the story of how Matt got to be business development manager at Digg is an example of how chutzpah pays off. He targeted Digg as a company he really wanted to work for, and queued for 2 hours at a trade show to get a business card from Jay Adelson, their CEO. After that he emailed him repeatedly trying to set up a meeting, as well as sending on relevant newspaper articles to the Digg offices. Then he guessed a couple of email addresses for their recruiter and CRO, and eventually landed an interview. They asked him to write a detailed description of the position he wanted to create in the company and how it would help Digg. Finally that landed him the job! Wouldn't you hire somebody who showed that much determination and resourcefulness?

Here's a few of the tips Matt gave out for getting in touch with people you want to talk to, but can't get a 'warm' introduction for:

– Contact them through random social networks. Last.fm and other common sites with a social element have ways of sending their users messages. If you can find the account of the person you're looking for, send them a message and it will most likely show up in their regular inbox.

– Send an 'I've worked with you' connect request on LinkedIn. Even if you haven't been a colleague, you've got a chance to explain in the note why you want to talk to them. I have a 'pro' account on LinkedIn which lets me send a limited number of messages to people outside my connections, but a sparing use of this approach is much cheaper!

I have a few more ideas I've found effective:

– Blog about people or companies you like. I'll often spend time researching  companies or entrepreneurs I think are really cool so I can learn something, and then share it as a blog post. An awesome side-effect of that is that I often hear back from the people I've written about, that's how some of my best collaborations have come about. As I wrote in Beetlejuice, Beetlejuice, Beetlejuice, just saying someone's name on the internet is often the best way to get in touch.

– Comment on their blogs or Twitter streams. I find myself doing this naturally with interesting people I'm following, but it's also a great way to build a relationship and demonstrate a sustained commitment.

The key to all of these is thoughtfulness and sincerity. If you really don't care about what they're doing it will come across and you'll just be wasting time. Be natural, be passionate. Follow up, and show you're listening by referencing previous conversations when you do. Spend more time figuring out how you can help them than how they can help you.

May 28, 2009 By Pete Warden in Uncategorized Leave a comment 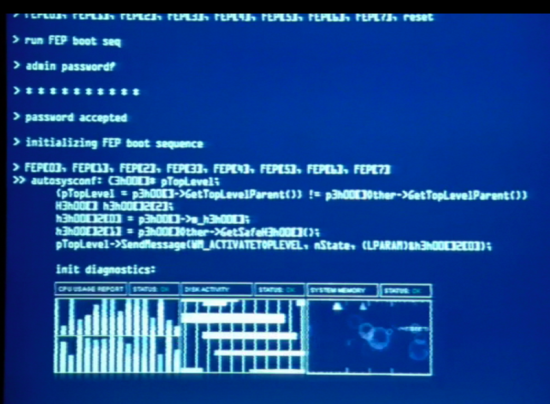 Me and Liz were re-watching season 2 of the Sarah Connor Chronicles when I spotted some familiar-looking code on John Henry's bootup screen. WM_ACTIVATETOPLEVEL sure looks like a Win32 constant, and googling led me to MSDN documentation revealing it's a private message associated with MFC. It looks like autosysconf is running some C++ code to boot up the AI. The other evidence in the series is ambiguous about what side John Henry is on, but AI code in MFC is clearly evil. Interestingly the most common use of FEP is from The Symbolics Lisp Machine as a front end processor, which would be a much more sensible language.

Interestingly though John Henry (and presumably his brother Skynet) appears to be Windows/x86-based, Terminators are known to use Apple II/6502 processors. The thought of dealing with porting between those two almost makes me feel sorry for our future robot overlords.

May 27, 2009 By Pete Warden in Uncategorized Leave a comment

There's a lot of interesting data out on the web that's locked up in web pages, with no API access to make it machine-readable. I'm particularly interested in phone records; just like emails, IMs and tweets they form a detailed shadow of your social network. To tackle automatically grabbing my phone call history from the AT&T site I turned to Selenium, originally built as a testing tool but also well-suited to screen-scraping on sites with complex login procedures.

To get started you can install the Selenium IDE in Firefox and record the steps you'd manually take to log in and get to the screen you're interested in. Selenium turns those actions into a script you can manually edit and replay. In my case I needed to add some 'type' commands to enter the phone number and password since those weren't captured. Here's the resulting script, you should be able to run this on your own account to download your call details in a csv file once you've added your own details:

What's really handy is that you can use Selenium Remote Control to then re-run that same script from your server, using PHP or other popular languages. It's a bit of a hack because it still requires windowing capabilities so it can run within Firefox and a proxy server process to insert the needed code into external pages, but once it's running it's an incredibly flexible way to deal with constantly changing websites.

May 26, 2009 By Pete Warden in Uncategorized Leave a comment 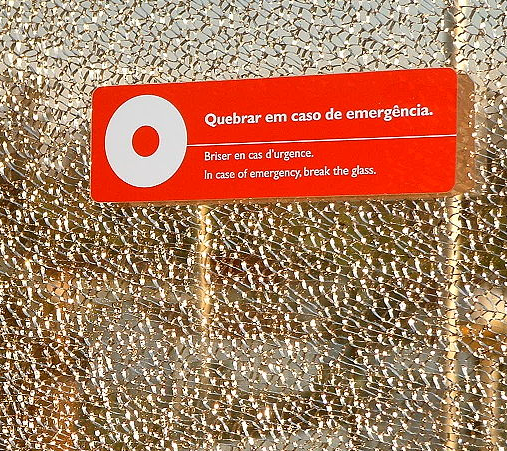 I recently talked to someone at a very innovative large web company (under Frie-NDA) who described their official engineering motto as "Move fast and break stuff". I love that philosophy because it ties in to research showing that really successful people get there by trying a lot more approaches than average folks. They fail faster, cheaper and more often than ordinary people.

The key to making that work is that the cost of the total failures must be less than the value of the cumulative successes. This is a hard problem, because the default for most organizations is "managing to avoid blame". Their implicit motto is "Reward success and inaction, punish failure", which ends up making inaction the most appealing course. "Move fast and break stuff" encourages a different mentality, "Reward success and failure, punish inaction".

So how do you get that mindset in your organization? The most important step is to de-stigmatize failure. The web company I mentioned makes it clear to their engineers that they will not be punished if they break the site, even if it costs millions of dollars in lost revenue. I didn't get to dig deeper on that topic but I'd imagine there are some serious post-mortem procedures to understand why things go wrong and build tools to prevent a recurrence, like the Five Whys.

May 25, 2009 By Pete Warden in Uncategorized Leave a comment 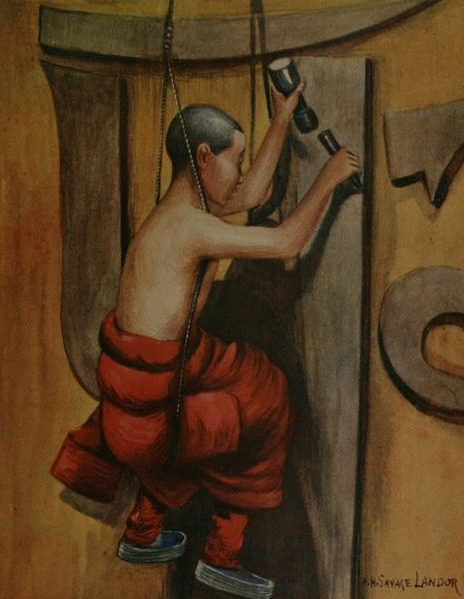 I've got some important and tricky decisions to make about the future direction of Mailana. To make those choices I need to better understand the problems that people are facing, so I've designed a short 8 question survey. If you are interested in the work I'm doing, it will help me a lot if you're able to take a few minutes to fill it out. It also gives you the chance to sign up for early previews of new features before they're publicly released. Thanks!

May 24, 2009 By Pete Warden in Uncategorized Leave a comment

Planning is overwhelming, it's hard to know where to begin. One solution I've picked up is 'anti-planning'; write out all the actions you'd take if you wanted to ensure failure. It's far easier to remember the background to past disasters than to understand why things succeeded. With those fresh in your mind you'll find drawing up an actual plan much simpler. It's also great to keep pinned to your notice-board, to remind yourself when you do start wandering towards one of those seductive traps.

Here's how I'd sabotage my startup, in 10 easy steps:

May 22, 2009 By Pete Warden in Uncategorized Leave a comment 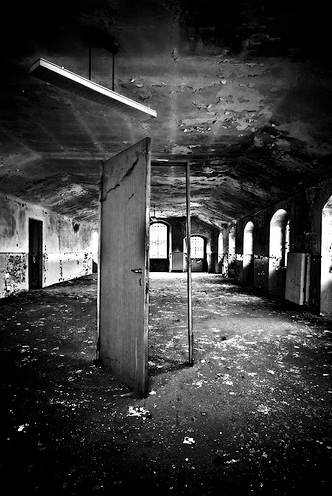 Gabor Cselle, formerly a Gmail engineer and now a founder of the YCombinator startup Remail, has been doing some really interesting work in the email field recently. Their main Remail product takes the normal approach of asking for your Gmail username and password and then fetching all your messages through IMAP. As far as I knew this was the only way of accessing your inbox, but it is horrible for security since it requires users to hand over their Google passwords to a third-party website.

That meant I was intrigued to see that one of their experimental projects using OAuth to access user's inboxes. This is a massive improvement, since the third-party never sees the original password, but I didn't know that any of the mail APIs supported this. Trying to figure out how he did it I discovered it's possible to grab an RSS feed of your messages. Here's a few command-line examples you can try for yourself, replacing username and password with your Gmail credentials:

curl "https://username:password@mail.google.com/mail/feed/atom/unread#all"
Shows unread emails from all your folders

These all use basic HTTP authentication but web applications can call the same URLs after authenticating with OAuth, giving users a much more secure experience.

There are some pretty serious limitations though. These only let you see unread emails, and is limited to 20 messages at most. That rules out applications that need a lot of email to analyze, but I'm sure there's some other interesting tools that could be built within the restrictions. I'd be curious to know if any other developers are using this and if there's any ways around the limitations. In the meantime I'll keep debugging my IMAP code!