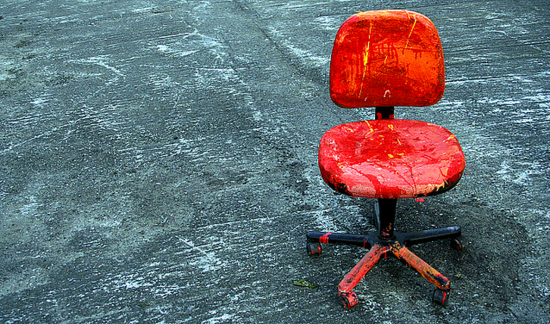 I just read Nathan Marz’s argument against open plan offices, and this sentence leapt out at me as almost always wrong: “The primary task of a programmer is writing code, which involves sitting at a desk and thinking and typing“. I’ve been a big fan of Nathan’s since his Backtype days, but while his prescriptions make a lot of sense if you really are spending most of your time typing out new code based on clear requirements, I’ve found that a very rare position to be in. In my experience writing the code takes way less time than integrating and debugging it, let alone the open-ended process of figuring out what the requirements are. Most of my time goes on all those squishy bits. I look forward to the uninterrupted intervals when I get to just write code, but they’re not all that frequent.

When I started in games people who could write 3D software renderers were rare and highly-paid, but libraries and books came along that made their skills obsolete. Then it was folks who could program the fiendish DMA controllers on the Playstation 2, but soon enough they were sidelined too, followed by the game physics gurus, the shader hackers, and everyone else who brought only coding skills to the table. It turns out that we’re doing a pretty good job of making the mechanical process of writing code easier, with higher-level languages, better frameworks (something Nathan knows a lot about), and training that’s creating far more people who can produce programs. What I saw in games was that coding was the ticket that got me in the door, but improving all the other skills I needed as an engineer was what really helped me do a better job.

I learned to write a software renderer, but chatting with the artists who were building the models made me realize that I could make the game look far better and run much faster by building a tool in 3DS Max they could use to preview their work in-game. It reduced their iteration time from days to minutes, which meant they could try a lot more ways to reduce the polygon count without compromising the look. I would never have made this leap if I hadn’t been sitting in an open plan office where I could hear them cursing!

Since then I’ve seen the cycle repeat itself in every new industry I’ve joined. When the technology is new and hard to use, just knowing how to operate it gives you a high status position, but the tide of Moore’s Law and the spread of knowledge makes that a very temporary throne. The technical impediments always disappear, and graduates come out of college knowing what used to be elite skills. What keeps you in a job is the ability to be the interface between the precise requirements of software and the rest of the world filled with messy, contradictory and incompletely understood problems.

In passing Nathan mentions measuring productivity, but that’s one of the stickiest problems in software, with an inglorious history from counting lines of code to stack ranking. Most of my most useful contributions at the companies I’ve worked at have been when I’ve avoided producing what someone has asked me for, and instead given them what they need, which meant a lot of conversations to really understand the background. I also spend a lot of time passing on what I know to other people who are hitting problems, which hits my individual productivity but helps the team’s. The only meaningful level at which you can measure productivity is for the whole group tackling the problem, including the designers, QA, marketers, translators, and everyone else outside of coding who’s needed for almost any product you’re building. In almost every place I’ve worked, they would be able to make far more progress if they could interrupt the programmers a lot more, even though I’d hate it as an engineer!

I am actually ambivalent about open plan offices myself. Having my own room often seems like a delicious dream, and headphones are a poor alternative when I’m really diving deep into the code. What stops me from pushing for that is the knowledge that my job is all about collaboration, and an open arrangement truly does enable that. The interruptions aren’t getting in the way of my primary work, the interruptions are my primary work.