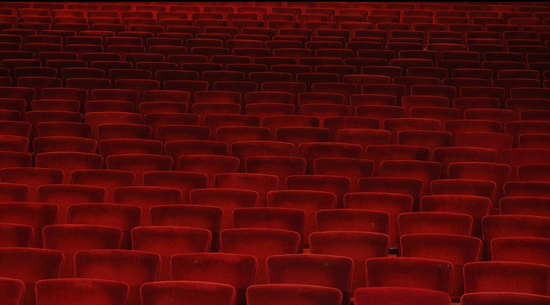 A friend just asked “How popular are the links on your Five Short Links posts compared with your ‘regular’ posts?“. This seemed like a good chance to share some data, so here’s a rundown of who reads what, and what drives me to write the posts.

I get 25,000 unique visitors on a typical month, and around 35,000 views. I also have around 4,000 RSS subscribers according to Feedburner, but I don’t know how many of those are actively reading my blog. My biggest traffic sources are search engines, then Twitter, Hacker News, and Reddit. I’ve found I write three kinds of posts, and their traffic patterns are very different.

When I’ve got a topic I want to tell the world about, I’ll put together a post with some examples and a bit of background on why I think it’s important. A lot of these end up with just a few hundred views, maybe a few thousand if they end up shared on Twitter, and occasionally I’ll end up with tens of thousands if I really hit a nerve. My recent post on Google’s geo APIs has racked up 42,349 views over the last few weeks, largely thanks to a stint on the front page of Hacker News. My post on distrusting data scientists never made it onto a big aggregator like that, but was widely shared on Twitter and through specialized blogs, and has had 13,792 views since it was published. The post I did on name analysis is more typical, with 2,871 views since it was published.

These articles usually take quite a lot of time to research and put together, which means I can rarely do more than one or two a month. I write them because I can’t help myself! I’m passionate about my work, and I love having a platform I can use to grab people by the lapels and rant at them.

It takes less time to write up my notes on a technical problem I’ve had to figure out. I think of these as trails of breadcrumbs through the forest, and my hope is that anyone who  else who hits the issue can Google it and find something helpful. I rely on other people’s write-ups as a starting point for almost any bug I hit, so my goal is to pay back some of that help, and keep the ecosystem of user-written documentation alive. A typical example would be my post on debugging Javascript errors on iOS which gets 1,932 views a year. These tend to be evergreen, keeping steady traffic for years, and almost everyone finds them through search engines.

The easiest posts, and so the most frequent, are my short link digests. I have a large list of blogs I follow through Feedly, and I often run across interesting articles while I’m searching on technical topics, and from the folks I follow on Twitter. I also find the ‘newest’ page of Hacker News full of neglected gems. A lot of my favorite links never make it to the front page, which is usually heavy on controversy and unkind to interesting-but-unsensational projects.

I’ve been collecting links for years,  and copying Nat Torkington’s Radar post format (plus 25% extra) gave me a fun way to share them with the world. The posts don’t get a massive number of clicks, the last three posts got 66, 61, and 91 views total, but people seem to like them. I end up having a lot of conversations with folks I never would have been in touch with, and it feels good to shine a light on projects that deserve more attention. My favorite result is seeing a startup or framework get picked up by a publication with a much bigger audience, since I seem to have a decent number of journalists and other bloggers following my posts.