November 16, 2011 By Pete Warden in Uncategorized Leave a comment 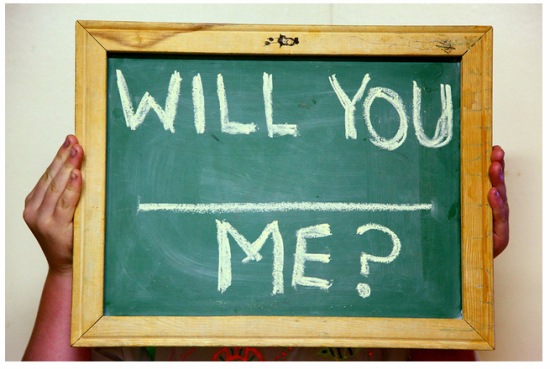 A friend told me that she was encountering a lot of people who liked the idea of her new service, but were put off by the idea of using Facebook to connect. She asked me how we tackled this issue for Jetpac, so I thought I'd put together a quick summary of what we've found to help her, and anyone else who's struggling.

In my experience there are three kinds of potential users, who all require different approaches:

Especially in the tech world there's a small but real group of people who either don't have Facebook accounts at all, or who use it minimally. I'm not a heavy Facebook user myself, and I understand a lot of their reasons, and so I just try to make it clear that we plan to support other services like Flickr and Instagram in the future, and leave them in peace.

At the other end of the spectrum, there's a good number of people who don't have any concerns about adding new applications. This population is slowly shrinking, thanks to the feedback from friends who are annoyed when they get spammed, but they're still out there. That means if you can't persuade anyone to sign up for your service, then you're doing really badly and should triple-check your messaging.

The biggest group are those who may be willing to connect, but want some reassurance before they do. Here's the things we've found help convince them:

Clear message – The name, tagline and copy on the website and in any ads need to make it very clear why Facebook is needed. People are very wary of signing up if they don't understand why your site needs access to their social network. A friend even suggested putting in an extra dialog before the external permissions page, spelling out exactly what the benefits of connecting are, and why it's necessary for your service, which we hope to try out soon.

Minimal permissions – Cut down the number of different permissions you're asking for to the absolute minimum. As an example, we originally asked for feed posting permissions just so we could easily support an in-app method for users to comment on their friends photos, but experience of spammy applications who abuse that power made many of our early users refuse. We reworked the feature so that we use a Facebook widget for commenting instead, so we didn't have to ask for posting rights, and our conversion rate went way up.

High production values – It sounds superficial, but a professional design for your site is essential. People are looking for any clues about your trustworthiness, and the fact that you've put a lot of effort into the look of your site reassures them that you aren't a scam. Sometimes judging a book by its cover is a useful heuristic.

Personal touch – High production values don't mean adopting a distant, corporate voice, that's guaranteed to put people off. Most likely you're a small team of enthusiasts like us, so use that as a strength, put yourselves front and center. Seeing that the team is proud of what they've built and willing to stand behind it makes a world of difference to wavering users. It's also a helpful culture-building tool internally, if the team knows they're putting their own reputations on the line they will be extra-careful about protecting user information.