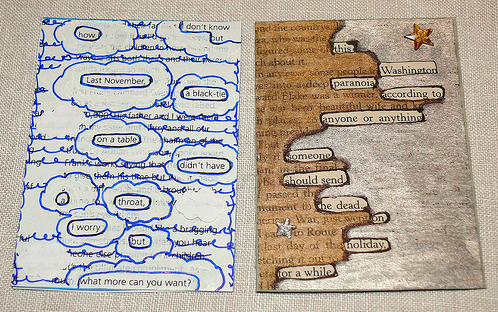 If you’ve used any flavor of unix for programming, you’re probably familiar with grep, the tool for locating patterns in text files. That’s great if you just want to search for a string, but what if you want to replace it?

Sed, the stream editor, is the answer, but that also brings up a new question: how on earth do I use it? It’s probably one of the most obscure interfaces ever invented, its syntax makes obfuscated perl look like a model of clarity. Usually with a new tool I start off looking at a series of examples, like these sed one-liners, to get a rough mental model of how it works, and then dive into the documentation on specific points. That didn’t work with sed, I was still baffled even after checking those out. The man page didn’t help, I could read the words but they didn’t make any sense.

Finally I came across my salvation, Bruce Barnett’s introduction and tutorial for sed. He hooked me with his first section on The Awful Truth about sed, with its reassurance that it’s not my fault that I’m struggling to make head or tail of anything. He then goes through all the capabilities of sed in the order he learnt them. It’s a massive list, but even if you only get a few pages in you’ll know how to do a simple search and replace. Sed is a very powerful tool, it’s worth persevering with the rest so you can discover some of the advanced options, like replacing only between certain tags in a file (eg how to change the content text of a particular XML tag) and working from line numbers. Bruce is an entertaining companion for your journey too, he has great fun with some asides demonstrating how to make the syntax even harder to read, just for kicks.