September 14, 2007 By Pete Warden in Firefox to IE port Leave a comment 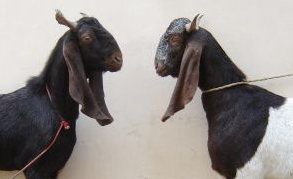 Yvonnick Esnault mailed me to ask how long it takes to develop an extension for Internet Explorer compared to one for Firefox, and where he could learn more about the differences between the two.

I don’t know of many resources that will help, which is why I started my series on porting a Firefox plugin to Internet Explorer. That doesn’t include a summary of the differences though, just an examination of the details, so I’ll try to sum up what I know.

IE plugins are Browser Helper Objects, which are effectively special DLLs. These require the use of a compiler, and creating a new plugin or modifying an existing one takes a lot longer than if you’re writing in Javascript for a Firefox extension. It does have one advantage though; you have the option of keeping the source code closed with IE, whereas it’s inherently open-source with Firefox’s Javascript.

Firefox plugins have a dedicated installer system that you can write some simple scripts to interface with, and use very quickly. You don’t get any help from Internet Explorer, instead you have to write a standard Windows installer executable, which can be pretty time-consuming.

One other benefit of being compiled rather than interpreted is that processing-heavy operations tend to run a lot faster. I notice this when I’m doing things like string searching within a document.

Firefox development is a well-trodden path

There’s a lot of people creating Firefox extensions, there’s very few creating IE plugins. That has a lot of consequences:

Overall, developing plugins for IE is a lot harder than developing for Firefox, and it took me a couple of months of weekends and evenings to convert mine over. If you do decide to do it, I’d recommend looking at and adding to the BHO documentation wiki.

Funhouse Photo User Count: 761 total, 68 active. Growth a little slower today, still within the rough range I’ve been seeing for the past couple of weeks.