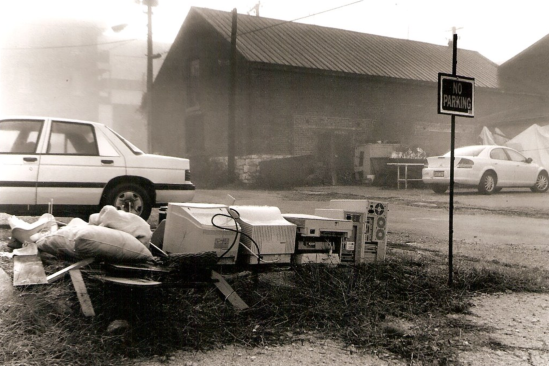 When embedded systems get cheap and capable enough to run machine learning, I’m convinced we’re going to end up with trillions of devices doing useful jobs in the world around us. Those benefits are only half the story though, so I’ve been doing my best to think through what the unintended consequences of a change this big might be. Unlike Lehrer’s Werner von Braun, I do think it is our job to care where the rockets come down. One challenge will be preserving privacy when almost everything is capable of recording us, and I discussed some ideas on tackling that in a previous post, but another will be the sheer amount of litter having that many devices in the environment will generate.

Right now my best guess is that there are 250 billion embedded systems active in the world, with 40 billion more being shipped every year. Most of them are truly embedded in larger systems like washing machines, toasters, or cars. If smart sensors using machine learning become ubiquitous, we could easily end up with ten times as many chips, and they’re more likely to be standalone packages that are “peeled and stuck” in our built and natural environments. They will either use batteries or energy harvesting, and have lifetimes measured in years, but inevitably they will reach their end of life at some point. What happens then?

The printed circuit boards, batteries, chips, and other physical components that make up these devices are going to become litter. They’ll end up scattered around the places they were installed, when buildings are demolished or remodeled they’ll become part of the rubble, and in natural environments they’ll join the leaf litter or ocean sediments. They will contain a lot of substances that are harmful to the environment, so this kind of disposal is not a good default if we care about the planet. Even ignoring those concerns, we’re already marking the Anthropocene with a layer of plastic, I’d hate to be part of adding another ugly indicator of our presence.

What can we do as engineers? I think it’s worth designing in some technological solutions, as well as suggesting broader fixes and trying to start a wider discussion about the problem as early as possible. I definitely don’t have many answers myself, but here are a few thoughts.

Can we implement a standard for locating embedded devices, even if their power supply has died? I’m wondering about something like an RFID tag, that’s passive but automatically responds to a querying tool. That would at least make it possible to sweep through an area and maybe even automatically retrieve dead sensors using drones or robots.

Even if devices are findable, we need to incentivize finding them. You pay a small deposit for many bottles and cans, maybe we could do the same for embedded devices? If there’s a 10 cent surcharge that can be redeemed when a dead device is returned, would that be enough to encourage scavenging? Of course, we’d need to ensure that devices are actually past their lifetime, maybe using a registry and a unique ID, to avoid stripping working sensors.

As a naive software engineer I’d love to believe that we’ll end up with biodegradable computer hardware one day, but I know enough to know that won’t be happening soon. I do hope that we can decrease the toxicity of our designs though. It looks like the EU has banned mercury batteries at least, but are there better approaches than lithium coin cells? Traditional printed circuit boards contain toxic metals, but can we use environmentally-friendly alternatives?

If these or other techniques do seem like the right approaches, we’ll have to think about how we organize as a profession to make sure that they’re in place before the problem becomes pressing. I don’t know whether self-regulation or a more formal approach would be best, but I’m hoping we can at least start discussing this now so we’re prepared to limit our negative impact on the world around us.