January 25, 2012 By Pete Warden in Uncategorized Leave a comment 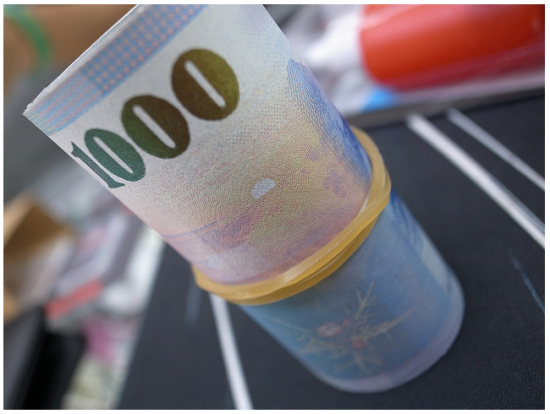 This is my thousandth post here, and for me that's an important milestone. Years ago I read a study about abandoned blogs. They mentioned that most died after one or two posts, but one had reached a thousand before it went quiet. In the rough early days, that gave me a goal. If I was going to abandon my blog, I would at least beat that post record goddamnit!

Now I'm here, what did I learn during the last six years?

I started blogging out of frustration. I felt trapped in my job, with nobody to talk to about the amazing possibilities I could see in the technology world. I was surprised to find that just typing out my thoughts was a big help, even when nobody responded. The process of organizing my thoughts made my internal struggles make more sense, left me feeling more at peace because it gave me a clearer view of the problems I was dealing with.

I still turn to my blog when I'm frustrated, and the funny thing is the posts that come out of that are often the most popular! Failure sucks, but instructs.

Having an audience is addictive

When I first started I would sit in Typepad's dashboard refreshing constantly in the hope of seeing a visitor. There were some days where nobody at all came to the blog. Now, on an average day between five hundred and a thousand people make it here. A fair number of those are for old posts (there are evidently still damned souls who have to write BHOs for Internet Explorer) but the long slog to build an audience makes me happy to see every single one of them. Knowing that people are actually paying attention to what I write is a heady drug, even at my modest scale.

I get to indulge my innate urge to pontificate without having to inflict it on my loved ones, and even get validation from comments and responses from people I admire. Behind every writer's cool exterior there's something pathetically vulnerable that craves attention and drives them on. Having experienced the thrill of seeing tens of thousands of people reading and discussing something I wrote, I can't imagine how anyone could avoid getting hooked.

When I first started blogging, I set aside thirty minutes each weekday morning to write a post. I forced myself to publish whatever I had at the end of the half hour. This initially led to some awful blog posts, but luckily at that point I had no readers (see above). Over time I found it became easier to create something worthwhile with a tight deadline, and writing at speed was the most important skill blogging taught me. I could produce coherent writing before I blogged but it would take me three or four times as long.

Being able to organize my thoughts and type out an argument or explanation within a few minutes has allowed me to do things I'd never have time for otherwise. Creating documentation, replying to user emails, convincing colleagues, or pitching investors, it's amazing how much of my day is spent writing, and it all goes a lot more quickly thanks to my blogging practice.

When people tell me they're thinking of writing a blog, I try to discourage them. By any sane measure the hours I've spent on this haven't had a great return on investment. The thing is, I can't help it! I need this outlet, and you should only be writing a blog if you've got the same screws loose as me, if you feel compelled.

I've enjoyed the last six years of blogging more than I can say, and as a final note I'd like to thank all of you for joining me in this long conversation. I've learned so much from everyone, and made some lifelong friends. I'm so grateful I had the chance to make so many wonderful connections, and I hope you'll join me for another thousand blog posts!