December 7, 2011 By Pete Warden in Uncategorized Leave a comment 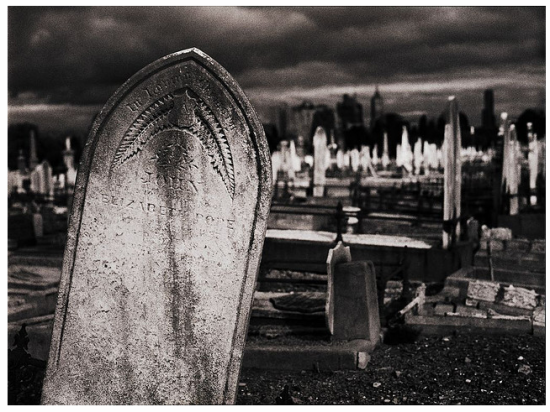 Mailana, Inc is dead. This week I've been going through the formalities, squaring away the legal paperwork and returning the tiny amount of money I'd raised, but truthfully it had been dead a long time, I just hadn't faced it. I'm over the moon about my new startup, but it feels like time to raise a glass to the last three years of my life, and the majority of my savings.

It began as a dream while I was still at Apple. I knew I wanted to strike out on my own, but by a strange kind of luck the painfully-slow green card process kept me living the corporate life for five years while Apple's shares kept rising, and my tiny windfall from technology I sold them when I joined became enough to live on for a few years. Within a couple of weeks of getting my permanent resident's status I handed in my notice, and set out to Build A Startup.

The hardest lesson to learn was how obsessed with technology I am. I had a problem in mind, one that I'd lived with at Apple – how to identify experts in large companies – but to be honest I chose that because I already had a solution that involved interesting engineering. I spent a year building a pipeline that could semantically hundreds of millions of email messages on a shoestring budget, seamlessly interface with Exchange, and present the results as beautiful visualizations. The only thing I failed to do was sell it to the enterprises I claimed were my customers. I wasn't a complete idiot, I spent time flying to boardrooms and talking to mid-level executives, creating demo videos, I even wrangled a few free pilot programs, but fundamentally I didn't care enough.

That meant when I'd proven my technical point, and faced a mountain of distribution problems instead, at some level I started to look for ways out. I'd already been using Twitter as a source of hundreds of millions of public messages for my demos, and then the public versions of the visualizations started to get some attention. I'd soured on the enterprise sales experience, so I started to explore what I could do on the consumer side. The trouble was I'd completely lost sight of what problem I was tackling. At least with the original version I'd set out to fix an issue I'd spent years living with. Now I was driven purely by curiosity, hoping I'd find neglected data that was so useful the problems I'd apply it to could be an afterthought.

I knew myself well enough to spot some of this at the time, and that the best prescription was a business and product-focused founder. I spent a lot of time dating potential partners, especially as I went through Techstars, but there was never a good enough fit. I needed somebody who was willing to bet on what we'd now call Big Data, who'd believe that there was a coming revolution that would bring data-processing problems that had previously required millions of dollars of investment within the reach of early-stage startups. Without external validation, nobody non-technical was convinced of either the concept in general, or my particular ability to execute on it.

Muttering to myself in true mad scientist fashion, I set out to prove them all wrong by adding so many awesome features to my by-now-Gmail-addon Mailana that the world would have no choice but to sit up and take notice! One of these features was an email-contact-to-social-network-profile connector that involved me indexing public Facebook profiles, and then getting in a legal kerfuffle. Nightmarish as the situation was, the publicity and validation I received from that visualization work was addictive. I set out to explore that more, with the excuse that it provided distribution opportunities for my business, but if I was honest with myself it was because I found the whole area fascinating.

I wandered farther and farther from my nominal business, first as I launched OpenHeatMap, and then as I delved into data arcana through books and journalism. It felt great, because I was actually making a difference to the world, I was having an impact! Sadly I wasn't building a company. I took one final stab at that with the Data Science Toolkit as the final product from Mailana, but in my heart I knew that it had a lot more potential as a long-term open-source project than as a revenue-generating business.

Closure, and a new start

It took a lot of soul-searching to accept, but I knew Mailana was over. I'd originally given myself an allowance of two years to spend with no revenue, and it had been over three. I was lucky enough to have a circle of trusted friends who were working on interesting projects, but Julian and Derek were particularly appealing. I'd been working with them for months as an advisor and fell in love with the idea behind Jetpac. It gave me the chance to keep exploring a lot of the technology ideas I was fascinated, but within the context of an actual business, with a revenue model, funding and more than one employee!

I don't regret any of the time or money I sank into Mailana, I've got so much to be thankful for over the last three years. The people I've met alone make it worth every minute, and I feel like I've now got a lifetime's worth of mistakes to learn from! I'm sorry to say goodbye to Mailana, but glad I had the chance to try something crazy and fail.