February 11, 2011 By Pete Warden in Uncategorized Leave a comment 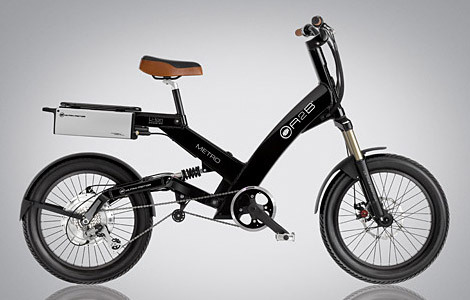 Some of my friends have had their bike stolen, by thieves who broke through two locked doors and cut through a chain to get to it. The bike is pretty unique, an A2B electric 'Metro' model which I very rarely see around the city, so if you're near San Francisco and spot one of these in unusual circumstances or for sale, please get in touch. There's some distinctive orange tape on several parts, and they have a serial number to check if it's the same one.

They live near the top of a steep hill near me, in Haight, and use the bike to get to the Caltrain station for a commute to the valley, and it will cost several thousand dollars to replace, so it's a real problem for them. The thieves were pretty brazen, breaking into an occupied apartment building during the night, and didn't take the keys or charger so they'll be lugging it around.

The police are involved, and they'll be scouring for this online too, but since this is such a rotten thing to happen, any help from my readers is much appreciated.