June 16, 2010 By Pete Warden in Uncategorized Leave a comment

Don't worry, Facebook haven't had me spirited away to Gitmo, but I did just take a trip with Channel Islands Aviation. They kindly donated a free flight to seven of us who'd previously volunteered with the NPS on the Channel Islands, and neither me nor Liz had been able to visit Santa Rosa Island before, so we were thrilled to have the chance to explore a whole new wilderness, even just for a day.

We'd looked into camping there before but there's very few scheduled boat trips to the outer islands, so we'd never been able to find enough time to take the four days off we'd need. I didn't know that the CIA planes had just started to offer regular excursions too. It was quite an adventure, I'd never been in an eight-seater before, and the landing on Santa Rosa's dirt strip seemed daunting, especially in the strong winds the island is known for. Our pilot, Mark Oberman, made it look easy though with a gentle touch-down.

Once we landed, we had the afternoon to explore the beautiful coast and hills, guided by Carolyn Greene, an interpretive volunteer for the park. It's amazing how much of the work of the NPS is taken on by volunteers, it makes me want to retire too so I can really get stuck into some of their projects!

Santa Rosa is the second largest island in the chain, at 85 square miles only a little smaller than Santa Cruz, and until very recently it was used for cattle ranching. There's still a population of deer and elk that were introduced for hunting, all of which have left the native vegetation pretty beleaguered. There's lots of signs of recovery though, and the rare Torrey Pines seem to be thriving, with numbers up from less than a thousand to over four thousand in just a few years. 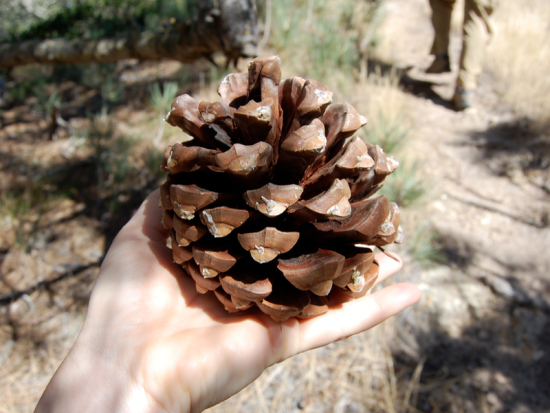 I'm always amazed how the Channel Islands draw people in, so many of those working there fell in love with their beauty and arranged their whole lives around them. Luluis, one of the rangers, actually grew up on Santa Rosa when it was a cattle ranch. Our pilot has been flying to them for 35 years, and was married in Santa Cruz Island's chapel, with the old owner Harry Stanton as a witness. Brent, another ranger, used to work the boats that ferried tourists out there before he got his current job. I guess you can add Liz and I to that list, since we've made trips all the way from Colorado twice in the last six months to visit the islands. 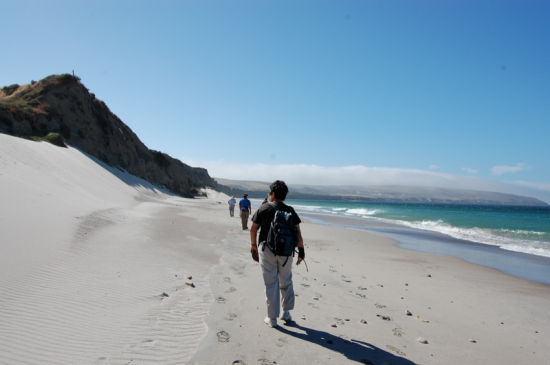 Finally we headed back to the plane and civilization, along the sort of beautiful beach that makes me wonder what California was like before all the development.

If you're interested in visiting Santa Rosa Island, you could make a day trip either by boat with Island Packers or flying with CIA, or head out for some camping. I don't imagine the camping would be easy though, the winds can be strong and the whole habitat is still recovering from the cattle, so you don't find much shelter. There's a developed campground with water, or if you're really hardy, you can sometimes backpack over to the south beach. I can't imagine anywhere more remote that's only a few dozen miles from Los Angeles, it would be an amazing experience despite the hardships.