July 1, 2009 By Pete Warden in Uncategorized Leave a comment 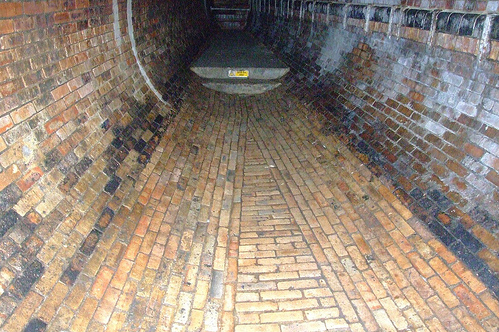 I had a chance to chat with Matt Mullenweg yesterday, and he focused on something I've been struggling with; building to last. It also got me thinking about plumbing.

Joseph Bazalgette is one of my engineering heros. He built London's first sewers in the 19th century, and started by estimating how large they'd need to be to cope with the current population. He then said "Well, we're only going to be doing this once and there's always the unforeseen" and doubled the diameter! Thanks to his foresight and the beautiful workmanship of the bricklayers, those same sewers are still serving Londoners today, despite a population many times larger.

The biggest enemy of early-stage startups is time. We can't afford premature scalation, because before we've finished building a system robust enough to handle millions of active users we'll have run out of money. That means we end up accumulating technical debt as we struggle to get customers and revenue with the least possible amount of code.

The danger is we end up succesful, but so deeply mired in technical debt that we spend all our time paying interest rather than making meaningful progress with the product (see the last decade of Windows). As Vernor Vinge evokes so well, there's a good chance some of our code will be in the lower layers of the stack essentially forever. It's a deep engineering sin to inflict shoddy sewers on future generations.

Matt's key insight was "When you're in the red, time is working against you. Once you're profitable, time is on your side". Getting to even Ramen profitability changes everything, and gives you the ability to build for the long term.

When I joined Apple back in 2003, the central build farm for all projects had both PowerPC and x86 Darwin boxes, and our code had to compile on both. Steve was playing a long game, years before the Intel switch he was obviously planning for it, (though I only caught the significance in retrospect).

Looking at WordPress, you can see the same combination of long-term planning sustained by profitability. A lot of focus in the startup world is on exits, but I'll be ecstatic if I'm still helping build Mailana in 20 years time. Seeing Matt's dedication to building something to last gave me hope, especially as he gave practical steps to get there.