May 2, 2009 By Pete Warden in Uncategorized Leave a comment 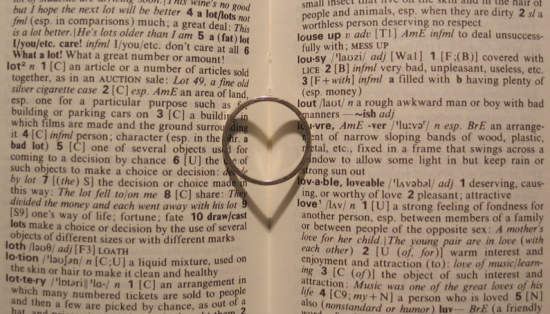 I've been very wary of ebooks. I've always found reading long-form text on a computer monitor very tiring, and I couldn't imagine anything being as elegant, easy and convenient as a paperback. I was wrong!

Last month I tried out Amazon's iPhone application as an experiment, and immediately got hooked. For me the joy was the immediacy. I'd be wondering about a period I wished I knew better, thinking about a historical question or just remembering a favorite author and I could instantly find and download the book to match. Even on the iPhone's tiny screen I had no trouble reading, despite reducing the font-size to the minimum to pack more onto the page. Since we had a couple of long LA to Boulder drives coming up, Liz noticed my new addiction and gave me a Kindle 2 as an early birthday present.

I'm very, very impressed by the hardware. The screen is sharp and readable, with the wireless disabled the battery lasts forever and the form factor is just like a conventional book. The software is well thought out, extremely minimal just the way I like it, and purchasing is made very simple. The only downside is that it's not possible to read at night without an external light, unlike the iPhone version.

I really wish there was an API I could use to expose my reading list as a blog widget, it would be fun for me and free advertising for Amazon, but here's a rundown I manually compiled from my accounts page:

I've read accounts of different battles and studied the abolition movement years ago, but I've never had a clear picture of the entire war. McPherson starts off by doing a great job describing the background of the conflict. There's never any doubt that he see the South as the villains, but he makes their worldview at least understandable, if not forgivable. Particularly fascinating was how the rise of the factory system turned northern freelancers into much more regimented employees, the original 'wage slaves', a system the Southern whites feared and hated.

I was more amazed than ever by Lincoln; he was headed for almost certain defeat in his re-election, but was determined to do what he thought right for the country. Seeing how often he and his team failed was inspiring too; they just kept trying despite sometimes overwhelming odds.

The US civil war got me thinking about the War of the Roses in England. At the end of the medieval age there was a succession of kings contesting the throne backed by powerful factions, with frequent battles between rival forces tearing apart the kingdom. What became clear from reading this book, and especially the eventual triumph of the Tudors, was that public opinion mattered. Henry VII came to power with a flimsy hereditary claim but the support of the population. Unlike the absolutist monarchies like the French, it was never possible for English royalty to forget that their power was ultimately given by the people's consent. That political lesson matured into the democracies we have today, with especial thanks to some colonists who were able to remind King George!

After some heavy reading, I needed something fun to clear my palate. I was an avid Pratchett reader when he first started (I still have a fondness for his much-maligned early SF novels) but gave up when they started to feel too predictable. Jumping back in, the plot definitely wasn't the best part, but there were a few surprises and it was a delight to wallow in his gorgeous writing again. With so many true-to-life observations and characters, along with the Macbeth references, I enjoyed it immensely and will be digging out some more of his immense catalog.

The People of the Abyss – The Underworld of Victorian London

I have a fascination with the Victorian era, maybe because it's the last time British people actually seemed to have a purpose, even if the results of their efforts weren't always good. I was very curious to know why Jack London had gone from the wilderness to inner-city Victorian London, and had high hopes. I have to admit I'm only about a third of the way through, he's obviously writing with a strong purpose but that makes it hard to see the real people below the apocalypse he's predicting. I also have a hard time suspending my disbelief that this American managed to blend in as a Cockney nearly as well as he claims. I'll be coming back to this, but it's heavy going.

After the last unsuccessful foray into the 19th century, I decided to return to one of my favorite books. Stephenson is best known for Snowcrash and Cryptonomicon, but I like this much better. There's no super-powerful protagonist or awkward romance with nerd-fantasy women (I swear the archeologist in Cryptonomicon is Lara Croft), just real people and intriguing debate on the value judgments we make on Victorians.

We were driving through Utah with 3 cats and a dog in my hatchback, and the snow started to come down very heavy. That naturally got me wondering about the Donner Party, all I really knew was the comic-book version, so I downloaded and read this book on the road. What really struck me was how much like a startup the pioneer parties were, how many timing and resource decisions they had to make and how little information they sometimes had. The Donner Party were brought down by a series of mistakes that left them stranded on the wrong side of the mountains when winter came. What's clear from the history is how each step seemed fairly rational at the time, but they all added up to a nightmare.

The Fall of the Roman Empire: A New History of Rome and the Barbarians

This is my current read, and I'm working my way through it. I've long been captured by the mystery of the Dark Ages, this is an interesting approach to their beginning that takes a modern look at why Rome fell.