September 25, 2008 By Pete Warden in Uncategorized Leave a comment 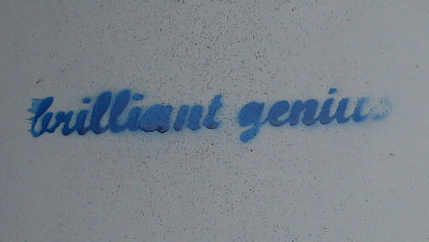 One of my obsessions is finding experts. Before Apple, I’d never worked at a company larger than 30 people. Once there, I rapidly realized that almost any engineering problem our team was looking at had already been solved by somebody else in the company. For example, we’d developed a fantastic image comparison command line application to use in our automated testing. Over the 5 years I was there, I ran across several other internal groups who’d written tools to solve the exact same problem, each taking between 3 to 6 engineer-months.

This drove me crazy, we were all being paid by Steve so there’s no reason to waste that effort. Since I’m very curious (some might say nosey!) and I love chatting to people about what they’re working on, I made it my mission to get to know folks across the company and keep up to date with what their groups were doing. When I heard they were hitting an issue our group had already tackled, I could hook them up with the right people on our team, and do the same for my immediate colleagues with developers in the rest of Apple.

I felt like this was helping me get things done within the company, moving the projects I was involved in to completion, but it was also a frustrating process.

It was completely informal, relying on water-cooler chats and building personal relationships. There was no way of finding the experts in an area without relying on word-of-mouth.

When people did help me, it was very hard to give them credit with their management. They took time out of their day to help my projects meet their deadlines, but all they were assessed on was their own department’s success. There was no mechanism to capture how much they’d done for the overall company by helping across organizational boundaries. I ended up trying to finagle ad-hoc rewards like taking other teams out to dinner or mailing them cookies from Harry & David.

Part of the reason I left Apple is that I think there’s massive productivity gains to be made by giving people within large companies better tools for this. There’s already been some work by companies like Tacit or even Microsoft’s Knowledge Network protototype, but I’m convinced that an effective expertise location service can save massive amounts of time and money for large companies. There’s two main characteristics it will need that haven’t been achieved so far:

It must have broad coverage without much effort. In practice this is likely to mean basing expertise tags on automated analysis of emails, with employees then tweaking the generated profile. Interestingly McKinsey actively use manual versions of profiles like these, but in most companies they won’t get created and updated without McKinsey’s strong emphasis on collaboration and expertise.

There has to be a way to reward participants in a meaningful way. There must be some tracking of ‘assists’ that somebody offers to the rest of the company through the system, in a form that can come up at annual reviews.

If you want to hear more about how I’m solving this with Mailana, join me at Defrag in a few weeks and I’ll give you a demo!