June 28, 2008 By Pete Warden in Uncategorized Leave a comment 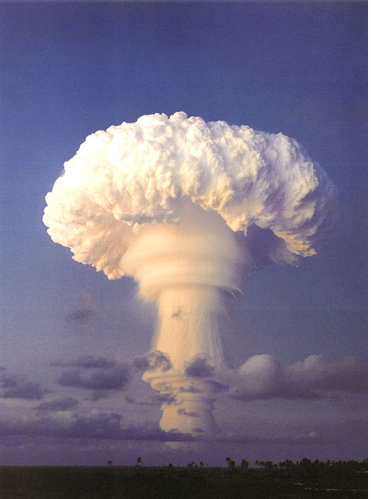 The world’s first nuclear meltdown happened 30 miles from downtown Los Angeles, and released hundreds of times as much radiation as Three Mile Island. And I’m betting you’ve never heard of it.

I was at the SMMTC board meeting on Thursday night, and two of the parks representatives were arguing about whether Runkle Canyon was owned by the National Park Service or another agency. I pulled out my iPhone to check it out on Google, but was surprised to see that most of the links mentioned a nuclear disaster. I’ve lived in Simi Valley for 5 years, Runkle Canyon is only a few miles from my house, and that was news to me.

Digging in deeper, I discovered that the world’s first commercial nuclear reactor was opened at Rocketdyne’s Santa Susana Laboratory in 1957, powering 1100 homes in nearby Moorpark. As an experimental facility, it had no concrete containment shell, and it was using the highly reactive element sodium as a cooling agent, rather than water. In 1959, the cooling system failed, 13 out of 43 fuel rods melted, and a large amount of radioactive gas was leaked into the air. No measurements were taken at the time, but the Santa Susana Field Laboratory Advisory Panel report estimates that the total radiation released could have been up to 500 times that of Three Mile Island.

For 20 years the accident was kept secret, with a small report stating that only one fuel rod had melted and no radiation was released. In 1979 a UCLA professor uncovered documents showing the true extent of the accident, and since then there’s been a struggle to reconstruct exactly how much contamination there was, and how to clean it up. Home developers were recently been pushing to buy the site from Boeing and build a residential housing development! Luckily there was a recent agreement to keep the area as open space as a new state park.

I’m still happy here in Simi Valley, but now I’ll be keeping a careful count to catch any newly sprouted fingers or toes. For more information on the accident itself, check out this History Channel excerpt: