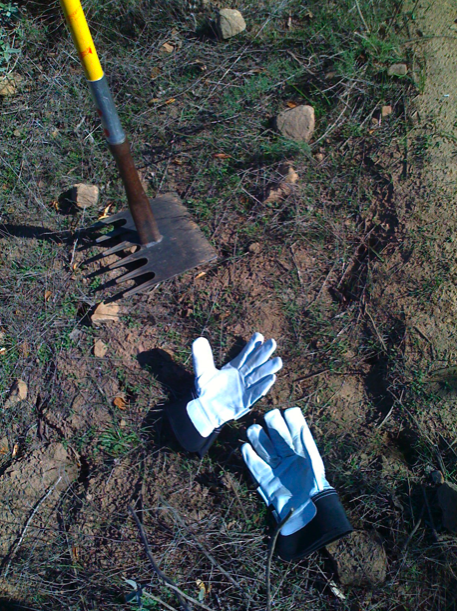 Last week I had a record turnout to a volunteer trail maintenance day I was organizing, with 28 people. It was exhausting but fun, and we ended up getting a lot of the Guadalasca trail fixed up. It also got me thinking about the lessons I’ve learnt over the last few years of being a crew leader. Some of them came from the classroom training I received from Frank Padilla and Kurt Loheit, but most of what I know is from watching experienced leaders. I’ve learnt under some great bosses like Frank, Kurt, Rich Pinder, Hans Keifer, Jerry Mitcham, Ron Webster, and too many others to mention here.

You’re there to make decisions. People want to know what they should do, there’s no need to feel bad about telling them what you want. They usually don’t want to know the detailed reasoning behind it, but be ready to briefly explain if they do. Be confident, but give time to any objections. Act as if you’re right, but listen like you’re wrong.

Everyone’s there to have fun. Everybody on the crew is a volunteer, there because they choose to be. You’re a leader because they consent to being lead, and you’ve essentially no power over them. You can’t dock their pay or threaten to fire them, the only tools you have are praise, persuasion and self-confidence. Luckily, pretty much by definition every volunteer is self-motivated, so those will take you a long way.

The Sandwich Principle. This is Frank’s phrase, and something that I’ve never seen anyone use as skillfully as Rich Pinder. If you’re going to correct somebody, sandwich it in-between two pieces of praise. As in ‘wow, that tread is looking great! Could you try not to kill those endangered woodpeckers with your pick-ax? You’ve sure shaped that drain nicely’. Sounds corny, but it really seems to change people’s behavior without leaving them feeling like they’re being pushed around.

Be prepared. I forgot to bring along my flags when I rode the trail to scout out the work in preparation for last week. This meant that I was reduced to verbally describing a section about a mile up the trail that I wanted a group of experienced volunteers to walk ahead and tackle. Unfortunately my description wasn’t good enough, and they hiked past it and ended up with a gruelling uphill climb. That was my responsibility, as a leader it’s impossible to organize that many people and plan at the same time. That makes it vital to have a plan both thought-out and well-marked for people to follow before the event.

Surround yourself with good people. Even though there were 28 volunteers, many who’d never done trailwork before, I was able to cope because several of them were SMMTC or CORBA regulars with plenty of experience under their belt. I split people into 5 groups each with an experienced leader, showed them their work sites and what I was hoping to get done at each, and then was able to leave the details to them. I was still busy answering plenty of questions and giving further directions, but the supervisors took on the bulk of the individual management.

Your main job is help others work, not do the work yourself. When you’re experienced, it’s hard to stand back and watch someone else struggling without wanting to step in and take over. The trouble is, there’s almost certainly someone who needs direction who you’re neglecting while you do that, and the person you’re taking over from would learn a lot more if you train them and let them do it rather than just watching you. If you’re lucky, you’ll reach a point where everyone’s working away and you can sneak in a drain or two yourself, but your most important contribution is to get everyone else doing the right tasks safely and effectively.

Thanks again to all the volunteers who made it out to Guadalasca, we got some great work done. Liz has got some of her photos up on the Trails Council site, it really was a fantastic day!