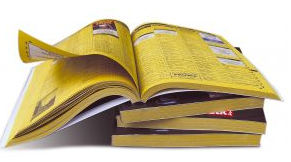 After three submissions, and two rejections, Event Connector was finally accepted into the directory. I was initially rejected for not having an icon, which was my fault, but the second rejection was for displaying secret events, which I never understood and filed a bug on. I didn’t make any changes to fix that, since I had no clue what they issue was, but I resubmitted it unchanged and this time it was approved!

I’ve started to get some more users through the listing, and had a really helpful conversation with Nikki Sullivan that led me to make changes to the UI. I added some links to reach the main page, with a sidebar icon for the app as well as a link in the title of the profile box. I love getting this sort of help, thanks Nikki!

I’m still unsure who’s going to be using the app. My initial plan was to target promoters, and have them spread the app as a flyer for a particular event. It looks like it’s more popular with guests so far, and they’re using it as a hub to view and investigate all their events. If that’s the direction my users are taking me, that suggests some extra features:

This would take it in the direction of being a SuperEvent organizer, rather than the promotional tool I was imagining it to be. I’ll be thinking about this some more, and trying to understand how people are using it.

Funhouse Photo User Count: 1,154 total, 59 active. Much as before, I’ve made no changes in the last two weeks, and the growth rate remains the same.

Event Connector User Count: 27 total, 15 active. After its first day in the directory, it’s picked up a some users, though I haven’t seen it used to promote an event yet.