August 14, 2007 By Pete Warden in Addon Promotion Leave a comment 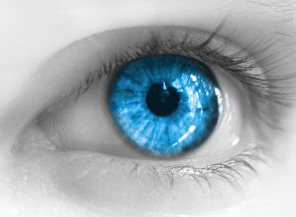 What location is for real estate, distribution is for businesses. This is something I learnt early in my career, when I was in the game industry. I couldn’t understand why a truly terrible game that I worked on like F198 could sell two million copies, while some wonderful independent PC games languished. Why didn’t they take over the world, since they were clearly superior?

What F198 had that they didn’t was a major-league publisher, Sony/Psygnosis. And what the publisher added was distribution; they put the game on the shelf of thousands of shops around the world.

So why didn’t those shops stock all those wonderful independent games? Because the shop’s owners did not have the time or inclination to each search through all of the thousands of games out there to figure out which ones were fun, reliable, had a high marketing budget, and were likely to sell well. Instead, they effectively sub-contracted quality control to the publishers. Psygnosis had a lot to lose financially by promoting games that didn’t sell, so the shops trusted them to be gatekeepers.

Distribution is about that chain of trust, where customers give shops they visit some trust to do part of their decision-making for them by weeding out bad products, and shops in turn chose suppliers, and then trust their judgement. The same process works with blogs; lifehacker readers rely on the editors to weed out the rubbish, and only present interesting products. In turn, the editors rely on a trusted set of sources to do some initial filtering for them, such as other blogs and social ranking sites.

What makes Facebook so interesting as an app platform is that they have a different distribution model; instead of being a global hierarchy, your friends act as the filters for you. It’s a flat local network, and the recommendation comes from someone you know personally, rather than a trusted authority. It’s hard and time-consuming for new companies to break into a distribution pyramid, because they have to persuade a whole chain of very busy people to spend time looking at their product before it is placed in front of a large audience. Facebook holds out the possibility of reaching a lot of people a lot faster.