August 8, 2007 By Pete Warden in Addon Promotion Leave a comment 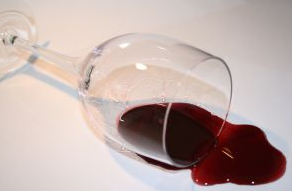 To echo Thomas Edison, I now know a thousand ways not to market an add-on.

Build it and they won’t come

My initial marketing strategy was passive. I’m used to working in niche markets like video editing, where early-adopters actively seek out new products, and then evangelize them to a wider user-base. This is generally the pattern when the demand for solutions in a market is high, and the supply of software is low. I had a lot of success in the past just by making my software available, alerting a few contacts, and letting the users find me.

Add-ons are usually aimed at a consumer market. There’s a lot more software competing for people’s attention, and the problems solved are a lot less pressing. That makes it tougher to persuade people to make the first step of trying your add-on out. I didn’t have a plan of how to overcome that hurdle, and so ended up with very few people giving it a try.

Blind to my baby’s ugliness

After all the work I’d put in, I wanted to believe the add-on was
obviously compelling. In reality, everyone’s software is ugly in the
early days. It’s important to accept that it will have a lot of
problems, people won’t get it, and you’ll need to explain your vision
of how it will grow into something beautiful. Thanks to Dharmesh Shah
for the metaphor.

On my visit to Chicago I read The Devil in the White City. There’s a quote there from the architect Daniel Burnham:
"Make no little plans. They have no magic to stir men’s blood and probably will not themselves be realized."
I should spend more time getting across the excitement I feel about what can be done with client-side mashups, there’s some amazing possibilities, and this is just a first step down that road!

I picked PeteSearch because its initial name of SearchMash was grabbed by Google after I launched my Java applet version, I’d had success with PetesPlugins in the video world,  and I couldn’t think of a better one.

The name didn’t advertise what the add-on does, and wasn’t very intriguing. Most of the time, a bare name in a list is the first contact a potential user has with an add-on. That’s all the information they have to decide whether to invest more time in it, so I should have made it tell a story. GoogleHotKeys is a much more effective title.

There’s no records on exactly how many users I have in total, how many of them have been referred from other sites or any breakdown of user feedback. I’ve been keeping track in an informal, qualitative way, by looking at my web-server stats and chatting to users, but there’s no quantitative statistics. This is a problem because it makes it very hard to really judge what’s working and what’s not, and so to decide what the best use of my time is.

It doesn’t have to be a big report, but it’s incredibly helpful to keep track of a few key statistics like total downloads per day, and numbers of referrals from each source. I don’t have a good process for doing this automatically yet, but I’ll let you know how I get on.

I go into this in more depth below, but my fundamental mistake was not being clear about what problem I was solving. I wanted to keep my options open, and be able to experiment, but I ended up with so may features it was confusing both to use and describe.